Get ready for fresh seasons of some of the finest Hindi web series 2023 you have already watched, as well as Shahid Kapoor’s Farzi streaming debut. You can watch Season 2 of the dramatic reality series Shark Tank India as the new year approaches.

New seasons of The Family Man, Panchayat, Mirzapur, Pataal Lok, Scam, and many other shows will be released on OTT platforms. Regardless of your preferred genre, you are covered for the next year. The year 2023 will be enjoyable since there will be so many intriguing releases. Discover the top Hindi web series that will be released in 2023 by reading on.

With the well-known writer-director team Raj & DK (Raj Nidimoru and Krishna D.K.), who are renowned for their distinctive and creative material, Shahid Kapoor will be making his OTT debut.

After the first two seasons won over viewers’ hearts, The Family Man Season 3 is eagerly anticipated by fans. Manoj Bajpayee, a skilled actor, portrays intelligence officer Srikanth Tiwari in the series. Let’s see whether he can do it again, even if he has solved significant cases in the past two seasons.

Tiwari will handle the case involving the COVID-19 epidemic, which has afflicted the whole world, according to rumours. The relationship between India’s northeastern region and China, a neighboring country, is another key theme of the story. The Family Man Season 3 will be streamed on Amazon Prime Video.

Mirzapur Season 3 will soon be available on Amazon Prime Video, one of the most well-liked Hindi series. The conflict that Kaleen Bhaiya aka Akhandanand Tripathi (Pankaj Tripathi) and the Pandit brothers Guddu (Ali Fazal) and Bablu (Vikrant Massey) initially engaged in has now spread to the town of Mirzapur in Uttar Pradesh, where it is having an impact on the politics and economy of the community.

The latest season of this crime-based thriller series featuring an ensemble cast is likely to include more drama, treachery, hatred, planning, etc. Besides, spectators will learn the solution to the most essential issue that must have been troubling them since Season 2 – Is Munna Bhaiya (Divyendu Sharma) alive or dead?

The second season of the Hindi crime thriller drama series Paatal Lok will feature the down-and-out cop Hathiram Chaudhary (Jaideep Ahlawat) pursuing criminals who will once more force him into the underworld. Chaudhary will face peril and deceit as things become more complicated as he travels deeper into the depths of darkness.

As the plot was completed at the conclusion of the first season, there were initially no intentions for Paatal Lok to have a second season. But producers chose to move on with Paatal Lok Season 2 due to the enormous success of season 1 and the tremendous demand from viewers.

You must have known there would be a third season if you watched Panchayat Season 2. It was a wonderful cliffhanger when Manju (Neena Gupta) and Rinki (Sanvikaa) got the letter informing them of Abhishek’s move. In the rural setting, Jitendra Kumar’s Abhishek Tripathi will once more face a number of problems for which he must develop homegrown answers.

He will have numerous ups and downs as he works to accomplish the goal, creating the ideal setting for fun and drama. In April or May 2023, Panchayat Season 3 is anticipated to be released.

Show creator Hansal Mehta is back with another true-life scam story that rocked the country after Scam 1992: The Harshad Mehta Story. Scam 2003: Abdul Karim Telgi’s 2003 stamp paper scam is the focal point of The Telgi Story. He was a fruit vendor by trade and was born in Khanapur, Karnataka. He devised a brilliant plan that was not just restricted to Karnataka but also involved several other states.

The series follows the life of Abdul Karim Telgi, the brains behind one of the most clever frauds in the nation. Veteran theatre performer Dev Riar will play the part. produced in collaboration with StudioNext by Applause Entertainment. Scam 2003:The Telgi Story will be directed by Tushar Hiranandani and showrunner Hansal Mehta. casting by Mukesh Chhabra’s. The Telgi Story will be streamed on Sony LIV.

Rocket Boys, a cult-favorite online sitcom, is finally releasing a new, intriguing season. The series examines the significant accomplishments of India’s space pioneers and is based on the biographies of Dr. Vikram Sarabhai and Dr. Homi Jehangir Bhabha. The events leading up to India’s first nuclear bomb test, which took place on May 18, 1974, near Pokhran in Rajasthan, will be the focus of Rocket Boys Season 2.

This test sent a message to the world that India would no longer brook any threats and would do whatever was required. In this play based on true events, Ishwak Singh and Jim Sarbh will both return in their respective roles as Vikram Sarabhai and Homi Jehangir Bhabha. The Rocket Boys will be streamed on Sony LIV.

An forthcoming fictitious spy thriller film in Hindi, Mission Majnu is being produced by Ronnie Screwvala, Amar Butala, and Garima Mehta and is being directed by Shantanu Bagchi. The movie, which features Sidharth Malhotra and Rashmika Mandanna in the key characters, is a fictitious account of an undercover operation carried out by India before to and during the 1971 Indo-Pakistani War.

Before being postponed indefinitely, the movie was first scheduled for a cinema release on May 13, 2022, then again on June 10, 2022. In the end, the movie’s theatrical distribution with the film scheduled to be released on 20 January 2023 on Netflix. 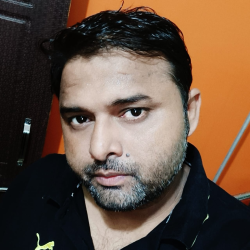 Follow me
Kamal Yadav
C.E.O and Founder of Tamiltechs.in at Webnet Digimarketing
My name is Kamal Yadav and I am the owner of tamiltechs.in, A website Pin codes directory will help you to easily search any pin code in India. You can use pin code for personal or professional reasons.

As the C.E.O and Founder of tamiltechs.in and my digital marketing company, Webnet Digimarketing, I have a strong background in technology and marketing and am always looking for new ways to innovate and help people.

Follow me
Latest posts by Kamal Yadav (see all)